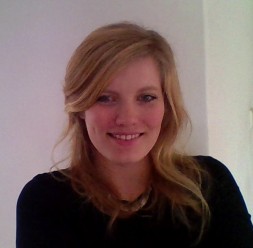 Dr. van Bork is an assistant professor at the Psychological Methods department of the University of Amsterdam. She is currently a postdoctoral fellow at The Center for Philosophy of Science at the University of Pittsburg.

The following provides a brief description of projects she work’s on.

My interest in comparing these different modeling frameworks ties in with my broader interest in philosophy of statistics and the interpretation of statistical models. Some examples: What are the implications of interpreting the common factor in a common factor model as a summary of the data rather than as an underlying common cause? What are possible chance experiments that result in the response variables in a factor model or IRT model being “random variables”? What is actually “observed” in “observed variables”?

A causal interpretation of psychometric models

Psychometrics heavily relies on the use of statistical models to measure psychological attributes such as cognitive abilities, attitudes, personality traits and mental disorders. Latent variable theory and psychological network theory diverge in how observable behaviors are related to each other and to the attribute that is being measured. While the theories are different, the statistical models that are used in these two frameworks are statistically similar and in some cases even equivalent. This similarity raises the question of whether these models should be seen as competing explanations for the data or as merely different statistical representations of the same joint distribution in the data. I argue for a causal interpretation of these models in which the models represent different explanations. A consequence of this interpretation of psychometric models is that it becomes important to compare alternative explanations. To further the comparison of network models and latent variable models, I investigate different forms of model simplicity that not only consider their differences as statistical models, but also account for their differences as causal models.